It is time, boils and ghouls, for another Halloween list from Daniel P. Daniel. This year we will be taking a brief look at some of my favorite short horror movies. Often makers of horror movies seem to think that suspense means characters sitting or wandering around while nothing happens until there’s a loud noise. A lot of time and effort gets wasted looking at empty rooms, knickknacks, cutlery hanging on walls and other superfluous items in the hope of establishing mood or atmosphere. This makes it all the more appreciable when a director has the discipline and skill to get you hooked on a horror story in less than five minutes. I tried to limit the number of shorts that are a series of mundane jump scares, and instead focused on giving you a nice variety from funny to deeply disturbing. So turn out the lights, turn up the volume, grab your snuggle buddy, and enjoy.

13. Bedfellows. Let’s start off the list with a two minute quickie.


12. Jack Chop. I’m a sucker for schlocky infomercials, what can I say?

11. Red Balloon. This has everything a horror movie fan needs...well except gratuitous nudity, of course.

10. Lights Out. Tapping into the “Who’s there?” theme this internet classic is sure to creep out anyone that has to race the bogeyman to their bed every night after turning out the lights.

9. Cut. Here we have an awesome short about a very particular kind of barber. Chop, chop.

8. Breathe. A wonderful ghost story about a boy and a girl. Don’t hold your breath.

7. Still Life. This film plays like an episode of the twilight zone. All it needs is an intro from Rod Serling.

6. "Mother Died" is a tale of fear, family and survival. The film is Episode 4 in a popular series of short horror films from the Bloody Cuts team, and it manages to keep you on the edge of your seat throughout.


5. Suckablood. A little Gothic bedtime story for your enjoyment. Be sure to watch this with the kids. It gets better every time I watch it, and it is not coincidentally Episode 5 from the Bloody Cuts team.


4. “Halloween Hugs” may be the weirdest and most fun Halloween Short out there. It was created by the geniuses at ArieScope as part of their 16-year Halloween short series. While you’re there check out their other stuff. Who wants a hug?


3. The Sleepover. This one is a throwback film that plays into the most-used horror tropes in the genre, and it is pure awesome.


2. The Backwater Gospel. The only animated film to make the list, and it most definitely deserves the number two slot. It's absolutely incredible on every level.


1. Cargo. There are no lengths that a father won’t go through to protect his daughter. I have posted this film before, and I still think it is every bit as powerful as the first time I saw it. Gut-wrenching and suspenseful all the way through.

Peekers. This one has the body snatchers feel to it.

Perished. Shockingly the only NSFW film that made the list.

To Mommy and Daddy. Disturbing and confusing in every sense.

Luna. Has a “No Country for Old Men” feel to it, and it is pretty good.

The French Doors. Interesting one from new Zealand.

The Passing. A great homage to haunted house films.

Let me know if I missed any of your favorites! 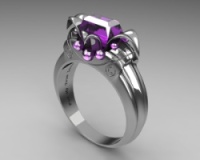